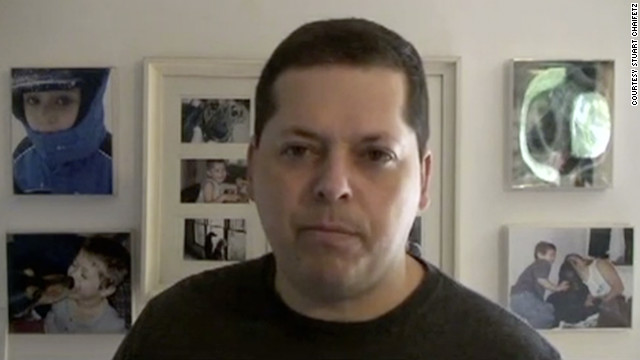 The Big Tease: What's coming up on Starting Point for Thursday, April 26th

It was a big news day today. Sources tell CNN that Newt Gingrich is expected to drop out of the GOP presidential race next week, and Marine Sergeant Gary Stein, who spoke with Soledad recently on "Starting Point," has now been discharged for his Facebook comments criticizing President Barack Obama.

Thursday on "Starting Point" at 7am Eastern, we'll have the latest on these stories. Here's a taste of some other features we've got cooking for the show tomorrow:

- The most popular story on CNN.com right now is about a New Jersey dad who wired his autistic son to verify school mistreatment. Stuart Chaifetz says he wired his 10-year-old son, Akian, to find out why staffers at Horace Mann Elementary School had reported that the boy had been acting out. Stuart will be live on "Starting Point" in the 8a hour to share his story.

- Why does an ex-husband of a "Real Housewives of DC" star want to be the Governor of Virginia? We'll ask him! Tareq Salahi will be live on the show at 7:30amET to explain his bid for office.

- With Newt Gingrich looking like he will drop out, more and more it appears that Mitt Romney will be the GOP presidential nominee. But can Romney connect with young voters? We'll ask the youngest member elected to Congress - Rep. Aaron Schock (R-Ill.) - if Romney can capture some of the magic President Obama had with younger voters in 2008.

- You know her as "Wonder Woman" – actress Lynda Carter will be on set to talk about her live New York show "Body & Soul," featuring her take on classic blues, rock, country, and pop songs.

Our panelists John Fugelsang, Will Cain and Abby Huntsman will also join in the conversation.