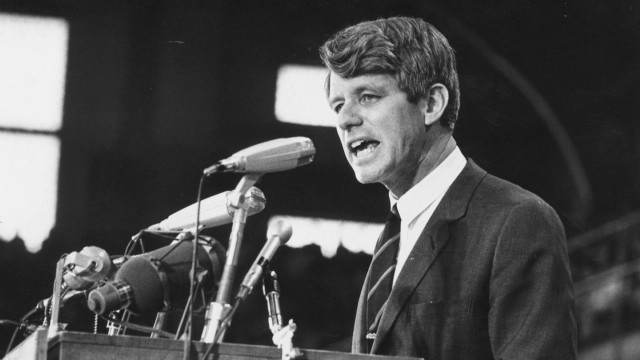 Nina Rhodes-Hughes claims there was a second shooter in RFK assassination. She talks with Soledad live at 8:30amET.
April 30th, 2012
05:42 AM ET

This morning, "Starting Point with Soledad O'Brien" is live at 7am Eastern. Today, Soledad talks with panelists TheBlaze.com contributor Will Cain, political comedian John Fugelsang and "National Journal" editorial director Ron Brownstein. Our panel will be talking about the following top stories:

* Was there a second shooter in RFK assassination? Nina Rhodes-Hughes, a witness to Robert Kennedy's assassination, talks live with Soledad at 8:30am to explain her claim.

[UPDATED 8:41am ET] Nina Rhodes-Hughes remembers the day RFK was assassinated, says she recalls more shots coming to her right behind her than what has been reported. She says she told the FBI her story years ago, but there was no follow up. She adds there were other witnesses who agreed there were more shots in the RFK assassination.

[UPDATED 7:20am ET] CNN education contributor Steve Perry says he agrees with parents wiring their kids to monitor teachers. Also agrees with placing classes on web for parents to watch. "We watch courtrooms and so many other places I don't understand why we can't watch what we're doing."

[UPDATED 7:02am ET] Author Gordon Chang says China seems to throw a fit to get U.S. to do things. "Apparently no one in the State Department raised a 3-year-old" Chang says.