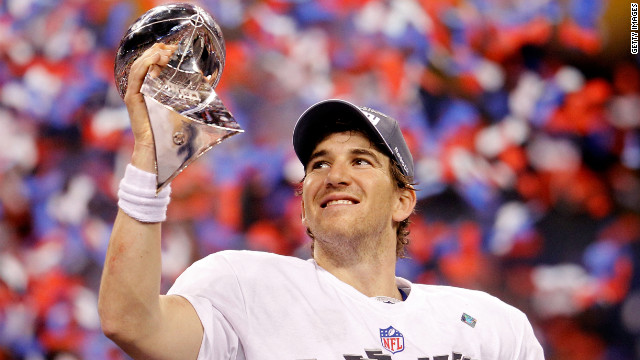 This morning, "Starting Point" is live at 7am Eastern. Today, Brooke Baldwin sits in for Soledad and will talk with our panelists, CNN contributors Will Cain and Margaret Hoover, as well as CNN senior political analyst and editorial director for the National Journal Ron Brownstein. Our panel will be talking about the following top stories:

*Eli Manning will also be on set to discuss the upcoming NFL season and his involvement with the BOKS (Build Our Kids' Success) program, a non-profit national organization that aims to positively impact and inspire kids to exercise and achieve scholastically.

[UPDATED 7:05am ET] Rep. Adam Kinzinger says that he thinks the most disturbing aspect of reports about the Air Force's F-22 fighter jet making pilots sick is that investigators haven't been able to pinpoint the problem.

[UPDATED 7:20am ET] Bob Forrest, drug counselor on VH1's "Celebrity Rehab," says that he is "suspicious" about the psychiatric world’s sudden interest in addiction and explains that the history of the Diagnostic and Statistical Manual of Mental Disorders is linked to insurance companies figuring out how to charge patients.

[UPDATED 7:37am ET] In the wake of a new report that claims that only 42% of airport security breaches are being reported, Rep. Mike Rogers says that the TSA has to be a lot smarter and tougher. Overall, Rogers says that he thinks the TSA has done "an acceptable job" but that we need to get to the bottom of the problem because "terrorists are ahead of the curve in finding new ways to get through" airport security.

[UPDATED 7:50am ET] Giants quarterback Eli Manning explains that he only wears his Super Bowl ring, which he will be receiving at Tiffany's tonight, on special occasions before the season starts because "it's almost hard to wear." The NFL star also says that he hasn't seen Tim Tebow since he moved to New York and explains that he takes about a month off after the season to relax.

[UPDATE 8:08am ET] University of Chicago economics professor Austan Goolsbee says that the Volcker rule would "at least provide some deterrence value" to banks before they decide to take big risks. He says that "just breaking big banks up into smaller banks would not decrease the size of the risk" and explains that he thinks the main problem is that big banks are too interconnected.

[UPDATED 8:20am ET] Former CIA officer Amb. Henry Crumpton explains that one of the most important elements of being a good spy is understanding yourself and having a knowledge of you are and how you would react to certain situations.

[UPDATED 8:39am ET] Columbia law school professor James Liebman explains that his conclusion that Texas executed an innocent man in 1989 should inspire the American public to think about the issue and to weigh the risks of executing innocent people.

Leave a Reply to njmeycpa23