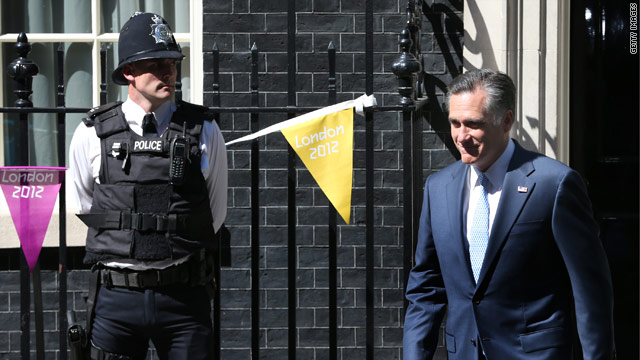 Our Starting Point Friday... The Games Begin. Mitt Romney taking some heat for comments about London's preparation for the Olympics. He talks about that and more during an in-depth interview with Piers Morgan. Piers joins us at 7:30am ET from London to talk about it. We'll also have live reports from London previewing the opening ceremonies. And...

8am ET - The mayor of Baltimore is putting out the welcome mat for immigrants. Mayor Stephanie Rawlings-Blake tells us how, and why, she plans to add 10,000 families in the next decade.

8:10am ET - The Chick-Fil-A debate. Cities looking to block new restaurants because they don't agree with the beliefs of the company's president. We'll talk to Alderman "Joe" Moreno from Chicago who is leading the charge.

Also... the latest on the economy and markets. Facebook earnings... and GDP numbers. Christine Romans is in for Soledad to break it all down.