Singer expressed frustration with "The Voice" results when two of his contestants were voted off the popular singing competition show.

CNN's Pamela Brown reports Adam Levine is pledging his allegiance to his country today after coming under fire for saying some unpatriotic words. 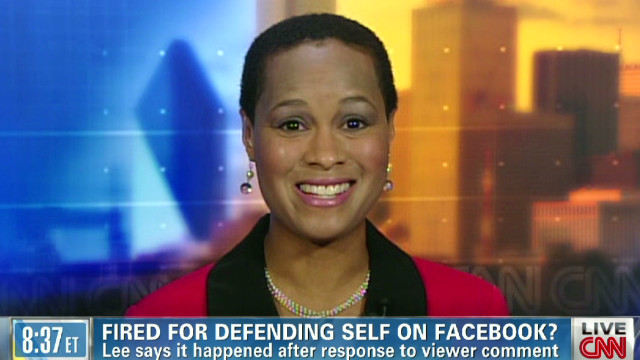 Should guests be able to criticize networks they appear on? Ashburn and Kurtz weigh in

Earlier this week, Pulitzer prize-winning journalist Tom Ricks appeared on FOX News to promote his new book, "The General," but ended up making headlines for something else entirely when the interview was cut short, following Ricks' criticism of the network's coverage of the Benghazi consulate attack. The interview lasted less than ninety seconds and has started a dialogue on whether it's acceptable for news guests to criticize the network they're appearing on. CNN Host Howard Kurtz and Daily Beast Contributor and Daily Download Editor-in-Chief Lauren Ashburn stop by “Starting Point” this morning to discuss Ricks’ rebellion and what should be the proper response from a host in a similar situation.

Kurtz says the handling of Ricks’ interview, “has been a ‘PR’ debacle for FOX” because it sent the message “that you get silenced because the criticism can’t be tolerated.” Ashburn says that regardless, “It’s FOX’s right to be able to do that. It’s their air.” Kurtz adds that if FOX had allowed the interview to continue, “It wouldn’t be this big of a deal…on the other side of that they’re certainly getting a lot of publicity.”

"Covert Affairs" Actor Christopher Gorham on the realism of the CIA-based show: 'The topics that we deal with are very real, but how we do it is always fictional'

The Navy Seal behind “No Easy Day”, the tell-all book about the raid that killed Osama bin Laden, told “60 Minutes” last night that a CIA agent was central to accomplishing the mission. Actor Christopher Gorham, who plays a blind tech ops expert for the CIA on hit the USA show, “Covert Affairs,” joins Zoraida Sambolin and Ali Velshi on “Starting Point” this morning to reveal his take on the realism of the show.

CNN Contributor and Columnist for TheBlaze.com Will Cain asks Gorham about playing a blind CIA operative and making eye contact. Gorham’s character Auggie Anderson was in the Special Forces and had his sight until losing it in injury while serving in Iraq. “For guys like him, they’re actually very good at making eye contact even after they’ve lost their sight,” Gorham explains. Gorham says their excellent muscle memory allows it. “So, we have to make him worse at it on the show so that it’s not confusing for the audience,” he says.

CNN Contributor and Fmr. Clinton White House Special Assistant and Senior Adviser Richard Socarides asks Gorham if the government ever restricts them from subjects that may be secret. “Our storylines are pretty fictional,” Gorham says. “The kind of danger that we deal that with on the show is very real. And some of the topics that we deal with are very real, but how we do it is always fictional, so we don’t run into any problems.”

Award-Winning Journalist Lynn Povich: There are 'still very few women at the top'

Award-winning journalist Lynn Povich is one of 46 women who organized and filed a lawsuit with the Equal Employment Opportunity Commission in 1970, citing discrimination against women in hiring and promotion. More than 30 years later, the first promoted female senior editor of Newsweek writes of the experience in her book, “The Good Girls Revolt.”

“We would actually go in to the ladies room. Look under the stalls, see who was there, and if no one else was there, we’d approach someone at the sink and say, ‘You know I have to check a story by this guy and it’s terrible, or I could do it better,’ and if they responded, we’d say, ‘We’re thinking of doing something to change this,’" Povich says of organizing women at Newsweek to file the complaint. "And then we would start reeling people in one by one.”

National Geographic reveals the winners of its 2012 photo contest

National Geographic Traveler magazine is filled with incredible images from around the world, and the publication recently invited readers to submit their own photos as a part of their annual traveler's photo contest.

The best images were chosen from 12,000 submissions from more than 150 countries and the winning pictures are stunning.

Check out the winners' gallery for yourself here.

Earvin "Magic" Johnson isn't just a Hall of Fame basketball legend. He is also a successful businessman who has developed an empire of movie theaters, fitness centers, and has a stake in the Los Angeles Dodgers.

Johnson is launching a new television network today called ASPiRE, and it highlights the positive achievements of the African-American community. The programming will feature movies, music, comedy shows aimed at an audience that may be yearning for family friendly content.

"Magic" talks with Soledad on "Starting Point" about the new network.

Magic also shares some wisdom for Anthony Davis, the anticipated #1 NBA draft pick this year. See what he has to say in the clip below.

A Pulitzer Prize winning newspaper in New Orleans will only be printed three days a week instead of daily, and is laying off a third of its staff as a result.

The 175-year-old Times Picayune is merging with NOLA.com to form the NOLA Media Group. The newspaper will be home-delivered and available in stores on Wednesdays, Fridays and Sundays. The website, meanwhile, will transform into a 24-hours-a-day news source.

Three Alabama newspapers are undergoing similar restructuring, causing many to wonder whether or not this is the beginning of the end for newspapers.

Is Bravo's 'Shahs of Sunset' the next 'Jersey Shore?' Cast member Reza Farahan weighs in

Reza Farahan, cast member of "Shahs of Sunset," discusses the new show and explains why he chose to join the cast.

Brian Stelter with the New York Times on James Murdoch stepping down as head of a News Corp. U.K. subsidiary.