Our Starting Point Wednesday... Gun Control. President Obama finally unveils his plan. CNN has learned the main points will be: a ban on high-capacity magazine and assault weapons, universal background checks and more money to treat mental illness and make sure schools have adequate security. We're also following the latest in the Lance Armstrong story, talking to people who knew him and know why he decided to come clean now. Here's what we have lined up so far:

7:50am ET - Spencer Gillis, writer & director of the short film, "Gun" which takes on the issue of gun violence when it competes at Sundance

8:50amET - Swizz Beatz joins us to talk about his new project, "Music-versity: Power of One"

There's also breaking news on the status of the Boeing's 787 Dreamliner, Christine Romans will have the latest on that.

As always, we kick off at 7am.

Our Starting Point Friday morning... Boehner's brain. After the Speaker of the House said he was disappointed that "no substantive progress" has occurred in two weeks of fiscal cliff talks, Senate Democratic leader Harry Reid said of the Speaker, "I don't understand his brain." We've got some top brains on Friday to discuss fiscal cliff negotiations... and much more:

8:10am ET - Lawrence Deprimo from the NYPD who was photographed giving boots to a homeless man 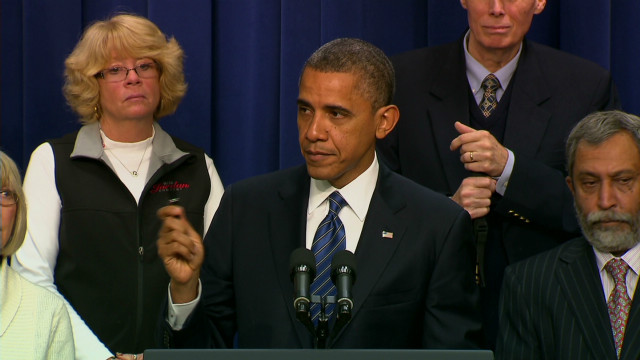 Our Starting Point Thursday... Big Money. We'll talk about developments in the fiscal cliff negotiations and also update you on the Powerball drawing. (fun fact of the day: if we go over the fiscal cliff and Congress does nothing, a single winner of the Powerball jackpot (at $550M) would pay $16,569,200 more in taxes (taking the lump sum payout). We're also talking about the latest setback for Amb. Susan Rice. We've got:

7:50am ET - Rick Warren, pastor of Saddleback Church and author of, "The Purpose Driven Life: What on Earth Am I Here For?"

8:15am ET - Steven Holcomb, author of, "My Journey from Blindness to Olympic Gold" 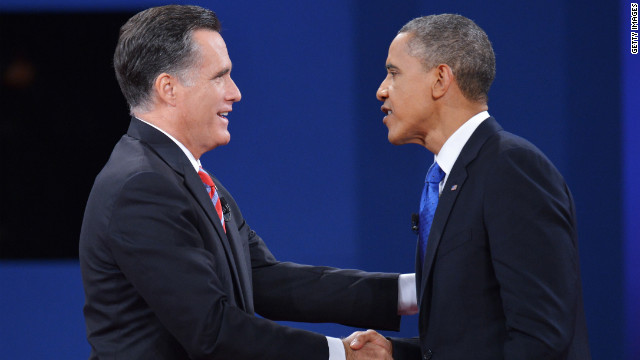 Our Starting Point for Wednesday... Benghazi. And two senior State Dept. officials talking on background ahead of a high stakes Congressional hearing today providing the most detailed explanation yet about what happened the night Amb. Christopher Stevens was killed, including saying there was never a protest in front of the U.S. consulate. Arwa Damon and Elise Labott report. Also -

7:30am ET - Republican Congressman Rep. Jason Chaffetz from Utah who is heading the Benghazi hearing

We'll also look at the Supreme Court case that could end affirmative action:

Dr. Sanjay Gupta on the hunt for answers about the growing meningitis outbreak. He travels to Massachusetts where he makes a surprising discovery that involves a garbage dump. That's at 7:40am.

AND, the book that we just haven't figured out yet. It's called, "Cheat: A Man's Guide to Infidelity." We're talking to two of the authors. Literally, a bunch of comedians.

As always, we kick off at 7amET. 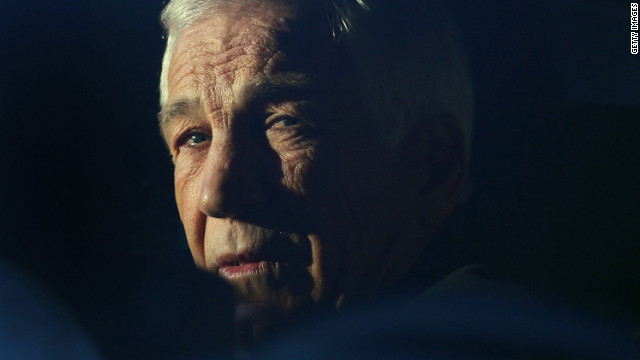 Our Starting Point Tuesday... Sandusky speaks out. Ahead of his sentencing Tuesday, former Penn State coach Jerry Sandusky released an audio statement denying that he sexually assaulted young boys and instead blamed victims and a "well-orchestrated effort" by the media, "the system" and Penn State to make him out as a "monster."

7am ET - Jeffrey Fritz, an attorney for Sandusky Victim #4

Elizabeth Cohen joins us with the latest on the Meningitis outbreak.

We'll talk about the new shock poll, and why it might not be so shocking. And, Obama deploys Big Bird. We can't show you the new ad until 5am, so tune in then to see it.

Brian Todd is live in Roswell, NM keeping us up to date on the dramatic buildup to the record-breaking SKYDIVE FROM SPACE.

7:30am ET - NASA Astronaut Mark Kelly will talk about the jump and show us his new kids book, "The Moustronaut"

8:10am ET -  Daredevil Nik Wallenda on why some people are driven to cheat death.

And we cap it all off with Ashanti and Allan Houston. Talking about their involvement in making dreams come true through Madison Square Garden's Garden of Dreams program.

It's starts every morning at 7am with Soledad. See you then!

7:30am ET - Democratic Rep. Tim Ryan from Ohio and member of the House Budget Committee

8am ET - Richard Williamson, Former Asst. Secretary of State who now is a senior foreign policy adviser for Romney

We'll also talk to our good friend Howie Kurtz about the debate everyone is really talking about. No, not that one. Stewart vs. O'Reilly. In case you missed it, we'll have all the best clips.

Soledad also sits down with the woman behind Big Bird, Sherrie Westin, (she's Executive V.P. of Sesame Workshop). We'll talk about Fortune's Most Powerful Women Summit. That's at 8:30am ET.

Join us at are usual time, 7am ET. 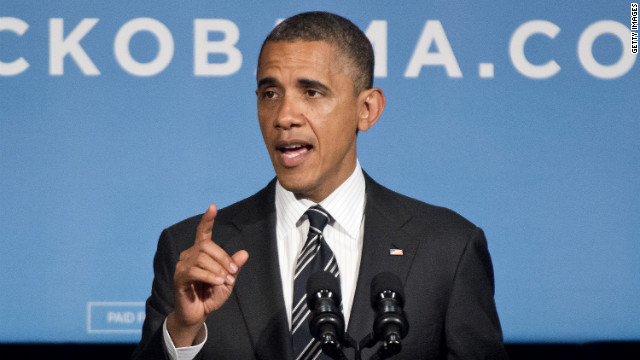 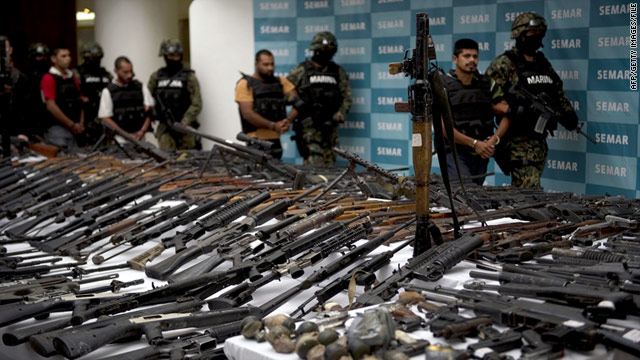 Our Starting Point Thursday... Fast and Furious hearings set for Thursday to discuss the long-awaited report that put the blame for the botched gun program on 14 people, including high-raking Justice Department officials. Joe Johns reports the latest starting at 6am ET. Also reaction from:

7:30am ET - Howard Schultz, Chairman & CEO of Starbucks has a new product for your house you'll want to hear about, we'll also talk some politics

7:50am ET - Joel Osteen talks about his new book, "I Declare" which offers 31 promises "to speak over your life"

8:50am ET - Pattie Sellers, Editor in Chief of Fortune Magazine gives us an early look at the 50 most powerful women

AND... Deepak Chopra will be hanging out with us all morning.

Kicking off at 7am ET, as always. 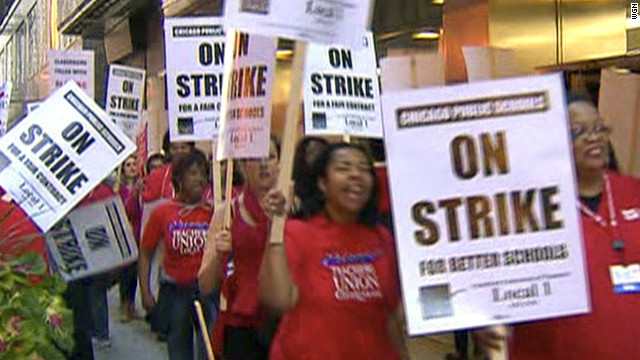 Our Starting Point Tuesday... Teachers on strike in Chicago, 350,000 kids in limbo. Mitt Romney and Paul Ryan weigh in and side with... Mayor Rahm Emanual. We'll talk to Randi Weingarten (7am ET), head of the American Federation of Teachers. We'll also mark the 11th anniversary of Sept. 11th with live coverage and guests from the memorial site:

8:10am ET - Fran Townsend will talk to us about where al Qaeda stands now

And at 8:30am ET, Tony Danza drops by. He's got a new book out about the year he spent as a public high school teacher. The book is, "I'd Like to Apologize to Every Teacher I Ever Had."

All this and much more starting at 7am ET.